One of my intermittent acts of trepanning on the train.

“Imagination, working at full strength, can shake us out of our fatal, adoring self absorption and make us look up and see – with terror or with relief – that world in fact does not belong to us at all” – Ursula K Le Guin

24 hour television.
24 hour news.
24 hour social media.
Constantly in the market square, hearing all the preachers heckle and scream and we don’t expect to go mad?

It is best to assume that none of this is real.

The rich man boasts that he pays no tax.
The rich man uses every government aid and subsidy possible for him to maximise his profit and build his casinos, where he can have your money again.
There is no clash in ideology between requiring the benefits of others’ tax to make his profit and paying nothing in tax.

He’ll make everyone the same as him. They’ll all become rich enough through tax benefits and loopholes that they’ll be able to avoid paying all their taxes.

Then, they can reap the rewards and eat the delicious cardboard and sand that will abound in this new Eden.

And remember, if the new Eden of bigotry, big walls and silly putty doesn’t happen, it can only be due to some fix, because the rich man can only be a winner, there is no other possibility, no other universe, return to your cabins and prepare for war because it will be so unfair if he doesn’t get what he wants. Please riot for him.

A wise man said that it was called the American dream because you had to be asleep to believe it.

Would you like to see affordable housing and society that does not require food banks?

What is more unpatriotic than being against your county’s rapid decline?

You are the sort of person that demands your tropical fruit is Euclidean.

Employ the useful experts and trust them implicitly until they veer from the path of your required righteousness.

Reject the curiosity that led to humans being able to start fires.

Burn down the academies with fire.

Every Tuesday, the papers will create a photofit of the sort of human who is a traitor to Britain based around 1000 descriptions sent in by readers. The reader that most effectively attacks, with bin lids, someone who looks like that photofit will win Marmite.

Respect the will of the people. The people are wise. (If, and only if, also confirmed as the will of newspaper editors and proprietors. The non-domiciled must lead on what is best for the domestic).

Fuck the will of the people on health services and public transport.
The people are idiots.

The elite must be dismissed and sneered at, they know nothing.

Millionaire status will be ignored when compiling venn diagrams of bad elite and good cabinet ministers when appropriate. 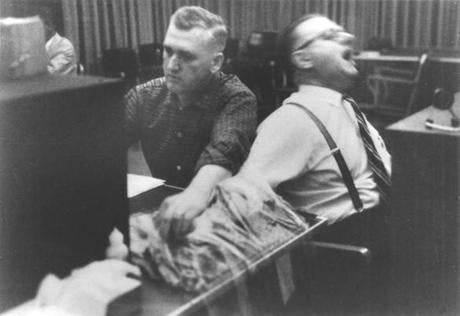