And it was in Liverpool where I saw the Light…

Liverpool is another country, they do things differently there.
Or so it would seem in some people’s eyes.
This may be one 1980s home secretary suggested that Margaret Thatcher leave it alone to fend for itself, like a Ken Loach Passport to Pimlico.
It is one of the most frequently derided areas of the UK.
I think some of that comes from fear.
Liverpool has a personality that can engulf.
It’s political heart remains vast and pounding.
The past rejection and derision it has received from central government strengthens the sense that no hairs or graces will be added to try and make you like them. This is what you get.
Its continuing rejection of, and ongoing battle with, The Sun newspaper says something rather magnificent about it.
Some years ago, I was doing an interview for a digital regional channel, at the end they asked me to say something I liked about Liverpool. So I mentioned some art and the docks and that strange tomb near Hope St where I was told a wealthy gambler was buried seated in a chair with a hand of cards and I probably mentioned Alan Bleasdale’s GBH because it remains one of TV’s greatest masterpieces.
And then the interviewer thanked me with an air of surprise and said rather sadly that people don’t often have something nice to say about Liverpool, which surprised me.
I don’t think it is a city for instantaneous fondness on first sight, you need to wander about and you need to listen, and then you hear the vigour.
As an audience to perform to, it reminds me of Belfast, you crack the nut once you stop patronising them.
Browsing in the wonderful Henry Bohn books, my eyes were half on the books while my ears were lit by energetic conversations about the American election between the owner and two regulars.
(When I went to buy the too many books I’d been attracted to, the owner apologised for the less than scrupulous ordering on the book stacks, but it is just the right level of order for an adventure. It is themed, the art books are in an art section, but after that, you’ll have to be ready for muscular rummaging).

Walking around the Walker Gallery, I overheard many spirited conversations about Walter Sickert, Augustus John, and the John Moore prize.

I don’t usually engage much with the teapot and vase rooms of galleries, so I skip a lot of the V&A, but in this teapot room (I think they call it ceramics), there were two cabinets of broad shouldered taffeta dresses. These are Peter Farrer’s dresses, a retired tax inspector and clergyman’s son who also enjoys dressing in big bright dresses that have a smack of 1940s and 50s Hollywood about them.

Peter is calmly bold in hems. Apparently, this is the first such exhibition and this feels like the right location for this particular taffeta revolution to begin.
The post it notes on the wall say, “so happy to see I’m not the only tranny in the world” and”we need more people like him because there’s not enough fun these days”.

At the top of the stairs, you find yourself being stared at by Margaret Bernadine Hall’s Fantine. An illuminated face that clearly has a story to tell and you know it is not a happy one, it is the story of Les Miserables. Here is a woman who has sold her hair and her front teeth and, without malice, her look contaminates you with guilt.                                          Guilt by association with the world.

In the modern room there is Lucian Freud’s Interior in Paddington, LS Lowry’s Waterloo Dock and some work by Albert Richard’s, a British surrealist and the youngest official war artist of World War 2, killed by a mine while still only in his mid twenties. Inside a drawer, there was also a war painting of Edward Ardizzone. I enjoyed seeing those rarely gallery signs saying “please open” and “please touch”, but do not sit on the William Morris settee.

Further on you’ll find two Waler Sickert’s, Bathers in Dieppe and the Gallery at the Old Bedford.I also realised that I really don’t like animal paintings much (that’s paintings of, not paintings by. I am a big fan of the Chimpanzee paintings of the 1960s encouraged by Desmond Morris). I can scoot past a Stubbs or Dalby horse, though I may stop briefly for a cattle painting.

And it was in the Walker where I had my Turner epiphany.
A Damascene moment, blinded by lack of detail and deluge of light. 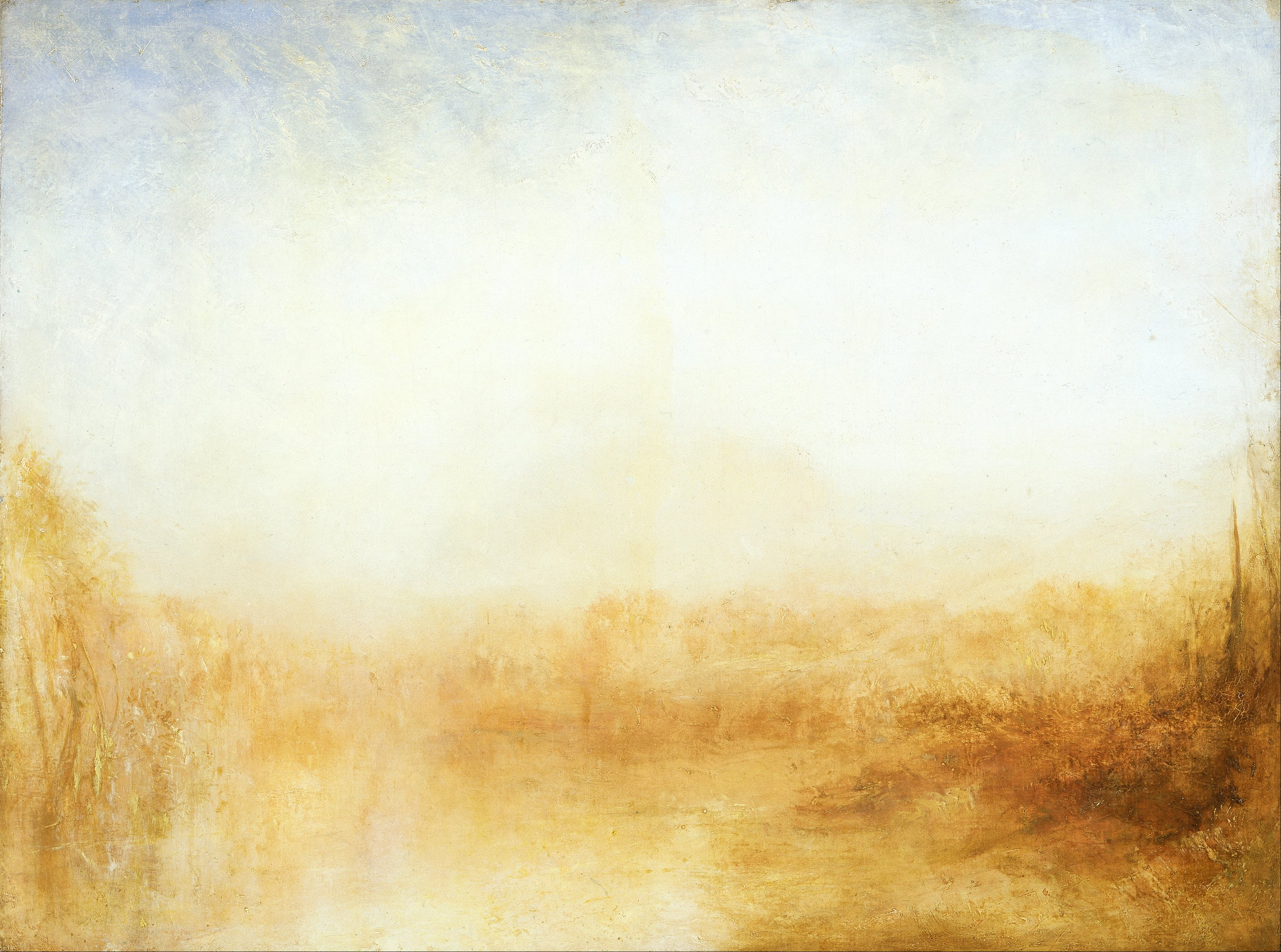 I have wandered through the Turner wing of the Tate Britain many times, it is a treat if I have a hectic day which involves a meeting near enough Pimlico to make a hasty diversion.
But it was seeing a lone Turner in Liverpool’s Walker Gallery that managed to startle my senses more than on all the other occasions I’ve seen his work. Despite grasping for words now, this moment was wordless.
Staring.
Then, little bubbles of excited expletives.
Bloody hell Turner, you’ve really done it there.
And then I stared again.
Like looking at a dark winter sky, the longer you look, the more you see.
A magic eye picture of minimalist nature painting.
I saw the light.

I am on tour until the end of the year – Loughborough, Wakefield, Spalding, Tunbridge Wells, Sheffield, Cardiff and more, plus a run at Soho Theatre, details HERE and back to Liverpool in the Autumn.

Book Shambles is back. Our latest podcast is with Stella Duffy, plus recent interviews with Laura Bates, Ricky Gervais, Jeff Garlin and coming soon Bryan Cranston. All 115 episodes are HERE